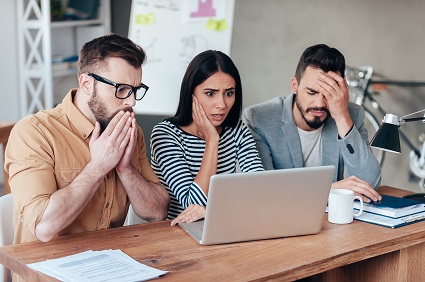 Catherine Newman, etiquette columnist for Real Simple magazine, wrote in an answer to a question about buying gifts for twins, “The thought of getting all those origami kits and bug viewers in duplicate makes me want to kill myself.”

She apologized in print the next month after she received a flood of letters expressing the pain some readers felt on seeing her casual reference to suicide. Those readers shared their personal stories and Newman thanked them for doing so. It must have been tough for Newman to read those letters.

But it’s tough to imagine how the blithe suggestion that buying toys would lead her to consider taking her own life made it past the number of readers a magazine story gets before publication. Really? Nobody thought it was a bit off?

Trigger words and phrases are those that cause a listener to feel strong emotions because of previous experiences. While the phrase is used in a number of different ways, we’re using it here as many people now do, to refer to words or phrases that trigger memories and emotions from traumatic events.

Increasingly, we’re becoming aware of the issue of trigger words, and you’ll find websites with statements like this: “TRIGGER WARNING This article or section, or pages it links to, contains information about sexual assault and/or violence which may be triggering to survivors.” Even in conversations, people are becoming aware that it makes sense to let people know you’re planning to discuss a topic that may have this effect on your listeners.

Trigger words can sometimes be so personal that other people can’t be expected to foresee that their use of the word or phrase will be a trauma trigger. But there are some topics that are predictable triggers. In a magazine read by hundreds of thousands of people, it’s likely that a reference to suicide, coming up suddenly in a column on manners, could be painful for some readers. Someone should have noticed and removed the phrase before publication.

The writer said, “That’s an expression I’ve used lightly all my life,” and that is of course true for many people. Casual expressions about violence are part of emotional expression for a lot of us.

“Just shoot me!” people say, or “I could murder that guy!” The phrases don’t connect with literal violence in the minds of the speakers, and most listeners let the phrases go by — as all the copy editors at Real Simple did.

It’s time to change that.

This is not the same as saying that we shouldn’t talk about subjects like suicide or sexual abuse. Topics like these, as well as mental health issues and domestic abuse, were considered impolite to discuss — and still are in some circles. This communication embargo had negative consequences, and we’re still living with those consequences today.

But letting people know that you’re planning to talk about a potentially painful subject is the new good manners, whether you use the phrase “Trigger Warning” or not. And giving up casual references like the one in Real Simple is easier than getting over the pain of encountering an emotional trigger without warning.