What It Means to be “In Form” 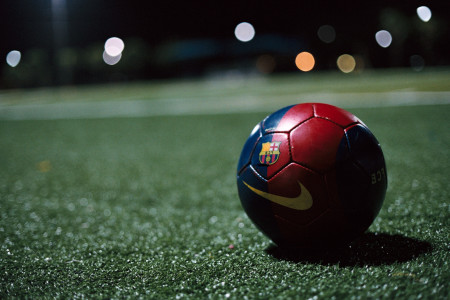 Soccer is the world’s most popular sport with an estimated 3.5 billion fans worldwide. The United States Census Bureau estimates the global population to be over 7.2 billion, which would suggest that almost every other person on the planet is a soccer fan. Last year’s World Cup was one of the most watched events in history with over a billion viewers. Fan or not, if you were one of the more than 1 billion people to watch the 2014 World Cup, or if you watched this year’s Women’s World Cup (the final earned more viewership than the NBA Finals), you might have heard comments about a player’s “form.”

How they do in their sport, compared with how they could do.

Let’s say that there’s a soccer player who scores 12 goals one year, 30 goals the next, then 10, then 30, then 10 again. Nothing changed about that player’s physical condition over those 5 years, there were no injuries, and he played the same number of games every year. People would say that he was in form for years 2 and 4 when he scored 30 goals, and was not in form for years 1, 3, and 5. His potential to score 30 goals in a year is the standard that he is held to when people talk about his form.

So what contributes to form? Perhaps the most interesting thing about form is that it includes a player’s mentality. Nothing changed physically over those five years, but the first year he lacked confidence, the third year he had family troubles, and the fifth year mounting frustration inhibited his performance.

Brazilian soccer player Ronaldinho is a great real life example of fluctuations in form. In 2004 and 2005, he won the FIFA World Player of the Year award. For those two years, he was the best player in the world. However, he turned his focus to parties rather than soccer, and lost his touch. He bounced around from club to club struggling to get playing time until he was practically forgotten. Ronaldinho didn’t lose his abilities; he lost his desire to be the best.

People often underestimate the importance of mental health in sports performance. Since the physical aspect of sports is so evident, the mental aspect is sometimes viewed as less significant, but this is far from true. For an athlete, optimum performance includes mental as well as physical performance.