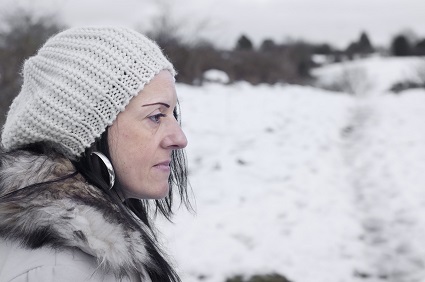 Seasonal Affective Disorder, or SAD, refers to depression connected with shorter days and colder weather. Studies of the condition have shown that less light is the strongest predictor of SAD, so much so that SAD becomes more common the further north you go.

With global data confirming this connection between hours of available light and winter blues, treatment of SAD has tended to focus on simple physical changes, like light treatment or suggestions to get outside more on sunny winter days. It may be, according to new research, that other kinds of therapy could provide more long-term benefit.

A recent study in Vermont compared SAD patients who had six weeks of light therapy with a group that had cognitive behavioral therapy, which is often used to treat depression. In this case, therapists worked with the subjects to change the ideas and behaviors associated with winter.

Both groups benefited, and a year later, both groups showed strong improvements over previous years. Both therapies seemed equally effective. But two years after the experiment, the patients who had worked with therapists were much less likely to suffer from SAD than those who had just used light therapy.

SAD runs in families, suggesting a genetic component, and there is strong evidence that there are simple physical triggers for the condition — fewer hours of daylight — but even so, therapy made a major long-term difference.

Contact us for highly effective treatment. This time next year, you’ll wish you had taken that step today.