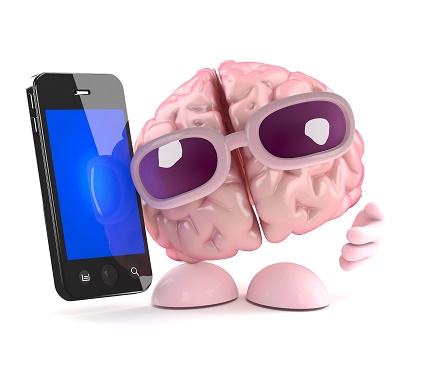 The Surgeon General’s new mental health report includes some sobering figures. 1 in 5 of American adults suffer from mental illness of some kind, it says, and nearly half of Americans with mental illness never seek treatment.

Those who do may meet obstacles to care including cost, limited insurance coverage, and a shortage of mental health professionals. A shortage of hospital beds for mental patients, treatment centers, and general access means that many people who need mental health care end up in the emergency room instead. Many counties across the country have no beds for children with mental disorders. A recent study published in the journal Pediatrics found that 35% of children with mental health questions were seen for this problem only by their pediatricians. And certainly many end up in prison rather than in treatment.

In the UK, where they face the same problems and may have a longer history of awareness of the challenges, doctors are thinking about a new approach: apps that deliver support for mental health needs.

Mental health apps range from those that help users keep track of their moods to those that connect users with a community of helpers they’ve chosen. Some are designed to support regular therapy, and some are intended for self-help.

Simon Leigh and Steve Flatt wrote in Evidence-Based Mental Health that mental health apps could have some benefits:

Leigh and Flatt echo the concerns we’ve mentioned before about the lack of regulation and testing in the mental app field. Few apps have conducted and published clinical trials, and the FDA has chosen not to regulate major categories of mental health apps.

Mental health apps may already be better than nothing — and many people with mental health issues are currently getting nothing in the way of treatment — but a more organized approach to their testing and regulation is needed.